Welcome to New York! The greatest and most interesting place on earth!
We, the Dutch, and the English colonized this part of the Americas.
Once we settled in, James, the Duke of York, founded the land.
This land was founded by the us, the Dutch, in 1664.
The English found us as a threat and drove us out of New Netherlands.
As a result, the we had to settle in New York, which wasn't such a bad idea.

The climate here has very hot summers and bitterly cold windy winters.
The land has fertile soil, hills, forests, and is nestled right by the dazzeling Hudson River.
The geographic location is in the middle colonies and sits along the Atlantic ocean which we sailed on to get here.

As soon as we arrived, we had to establish a firm government. We had a Governor and an elected assembly.
We then created the charter of liberties giving all Dutch and English settlers freedom.
Our beloved governer was the king of england's brother.

While the religious groups in New York are very diverse, the main religion is protestant.
This gives our citizens a considerable religious freedom.
Colonist made their living off of farming, fur trade, being merchants, lumber trading, shipping goods, and trading slaves.
Our main crops are corn, tobacco, flax, wheat, and vegetables. 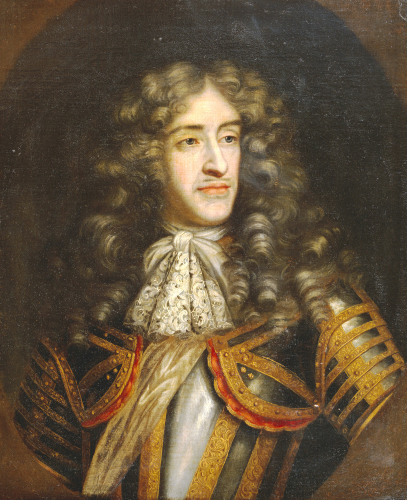 Here's a pretty picture of James Stuart, the Duke of York!